Sunflowers say summer to me. 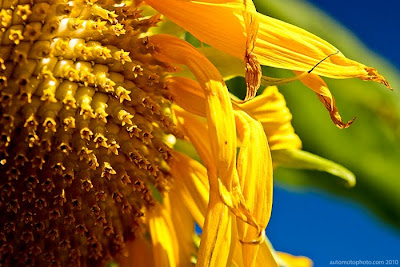 Three weeks home is a sufficiently long enough break from travelling to ruin my ability to avoid getting jet lag. Since February I have been travelling and covering motorcycle racing. No jet lag, just maybe a bit weary of travelling through airports, but in general, it has been good. You find a rhythm, a week or ten days at home (USA), then it's off to some other destination again. But I find that I have avoided jet leg and have done quiet well. 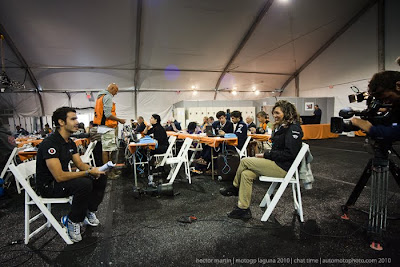 Being home allows all the fibres of your mind and body relax, settle into the time zone with which you are familiar and you suddenly feel stress free. No counting down days until you fly again, leave home and every comfort within. So tomorrow (August 8), I leave for Prague and the last half of the MotoGP season begins in earnest next weekend from Brno. 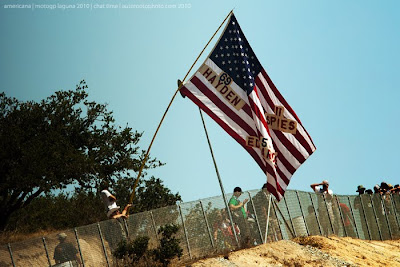 The Laguna Seca weekend was a blast. Even more so because that rather talented lanky Italian motorcycle racer was back on track and we had four Americans in the line up, someone to cheer for. Nicky Hayden, Ben Spies, Colin Edwards and that wild card guy Roger Hayden who was standing in for an injured Randy De Puniet. The carnival atmosphere had returned. Much to the delight of everyone. Lorenzo would win the race, with some entertainment being provided by the Italian National Anthem being played for the winner, instead of the Spanish Anthem or Lorenzo's country , whether planned or in error it was taken in good humour by everyone. 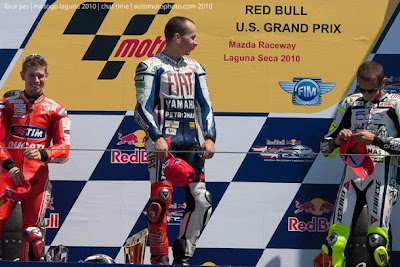 For me, the highlight of the weekend at Laguna was taking some time to actually catch up and meet people in the AMA I hadn't seen all year. Mechanics, riders, friends, my entire family! People with whom I spent so many years and who always have time for fans, people, photographers you name it. It was brilliant. I'm pleased the racing has started to climb back from the darkness of 2009, and hope that fans come out and support the racing. Else it'll go away, and we can't have that in America.
With that in mind, I have to finish packing and do some odds and ends. Thanks to Mo and Randy for you know what...!
My main website, AutoMotoPhoto is now up to date. As time allows I am also updating my Facebook Fan page with archives of race images I have taken over the last five years so please invite others to join and have some fun with others! Last but not least, if you really have nothing better to do and want to read more verbiage, I'm also on Twitter, so why not follow me for some rapid fire wit! 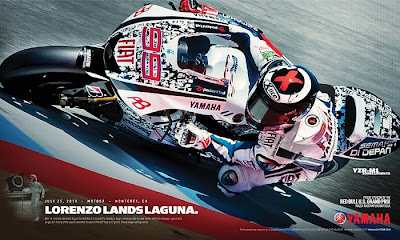 Thanks to everyone at Yamaha for the support and continued interest in using my work for advertising too. More updates, food and pictures from the Czech Republic next week!
Adios Amigos!
Posted by Andrew Wheeler at Saturday, August 07, 2010 1 comment: